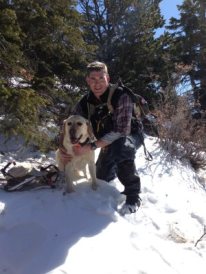 Gregg Hecathorn has been with the New Mexico Military Foundation board for two years. He enjoys serving on the board because it allows him to share his passion for history, which he acquired while growing up in a rural community in Illinois working on the family farm, where he was also involved in sports, 4H and Future Farmers of America. Gregg earned his bachelors degree from Southern Illinois University, in Carbondale, IL. Additionally, he holds associate degrees in Fire Science Technology from Eastern New Mexico University Roswell and Community College of the Air Force.

Gregg has been a full-time fire fighter for seventeen years, working up to the rank of Driver Engineer. He also followed his family’s tradition of military service and joined the New Mexico Air National Guard. Currently, he serves as First Sergeant with the 250th Squadron at Kirtland Air Force Base.

Gregg’s hobbies include fitness training, hiking and sport shooting. He has competed in the Scott Fire Fighter Combat Challenge both individually, and in the team category. Gregg also has a love for animals, especially his yellow Labrador Retriever.